one pot | stove-top mac and cheese

If there is one thing that I have learned as a parent,

when all else fails, make mac and cheese. 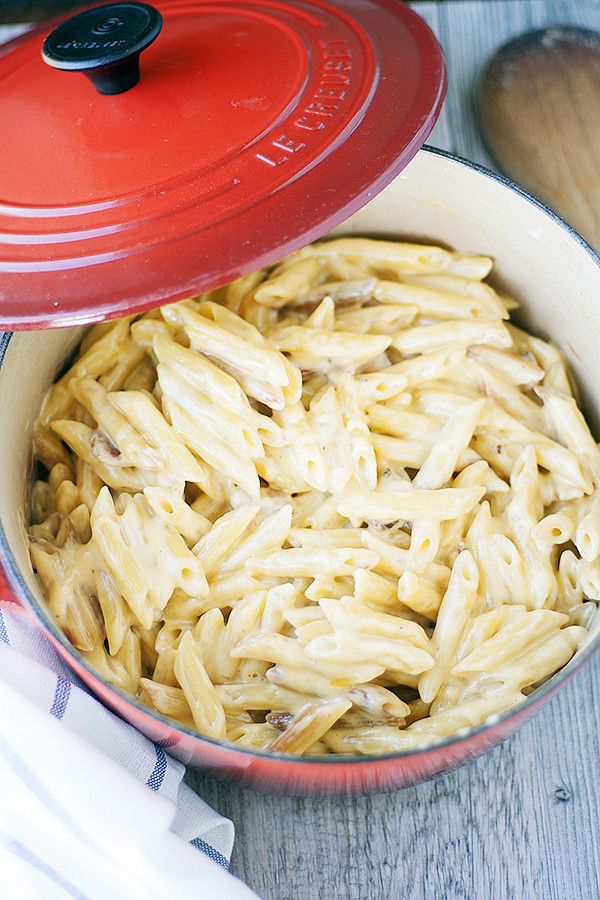 It is comfort food at its best for even the non-fussy diners.

but typical baked mac and cheese makes a mess of the kitchen; at least it does in mine. 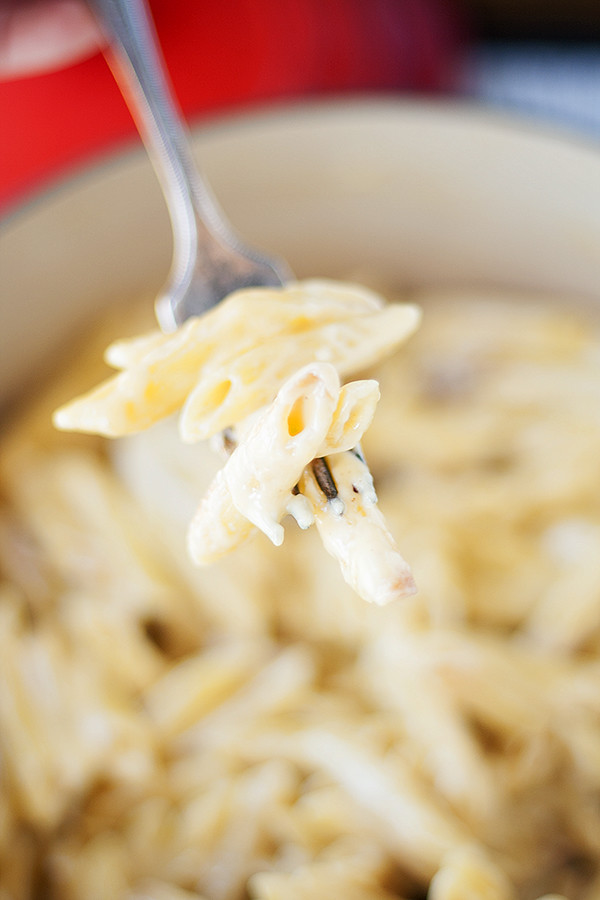 There’s the pot to boil the pasta, the pot to make the sauce, the baked on cheesy casserole dish. I’m also not the neatest of cheese graters, and flour will inevitably be spilled.  Happens every time I open the bag.

And who wants to be greeted with that mess after dinner.

So, I got to thinking.

I’ve cooked pasta in wine, why not in milk?

The pasta cooked perfectly, and the milk formed a creamy sauce that coated the noodles better than any cheese sauce I’ve made before. Shredded sharp cheddar is added at the very end. I chose to include bacon in mine, because well, BACON, but it would be just as good without.

The best part was that everything was made on one dish. 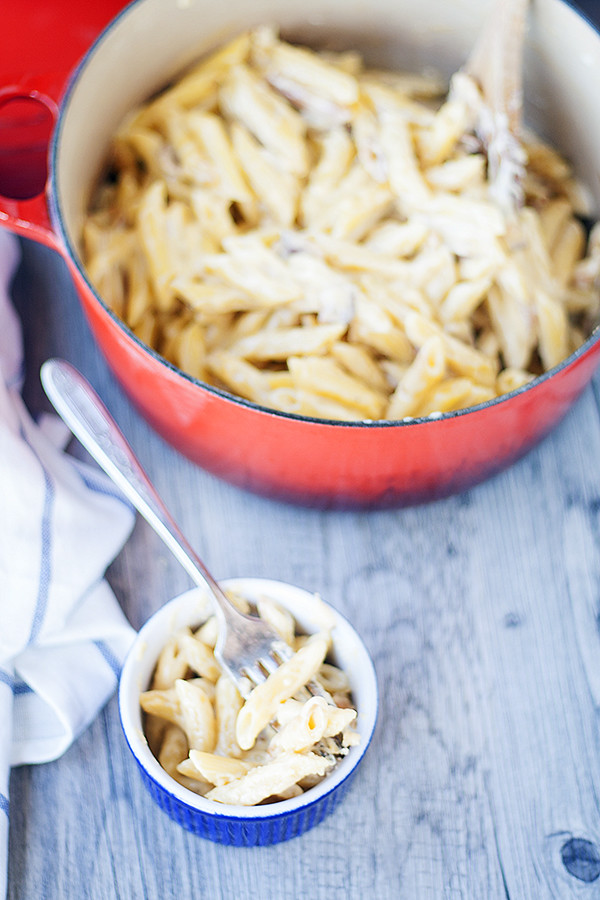 I always make a pound of pasta, even though there are only 4 of us. We LOVE our leftovers, but this recipe could easily be halved. 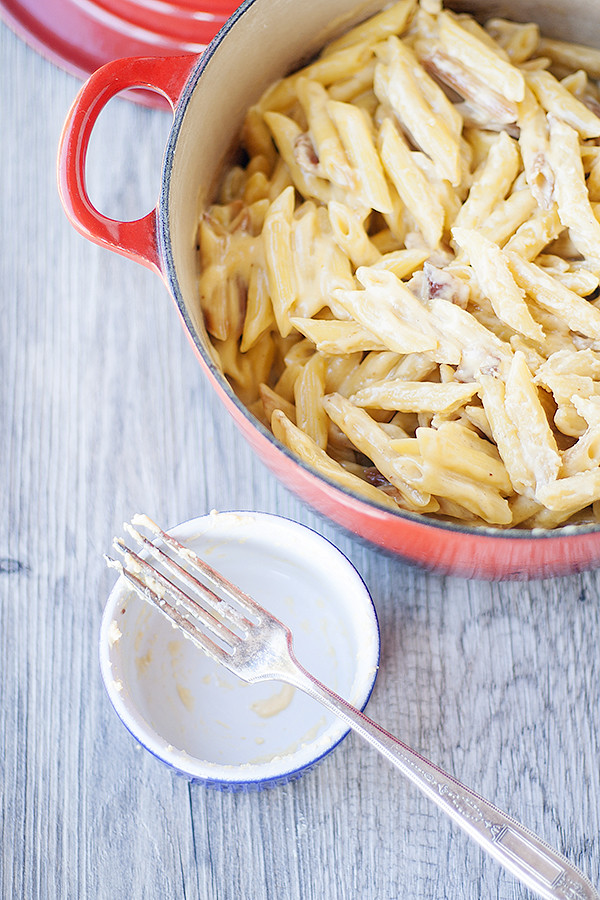 you may also enjoy 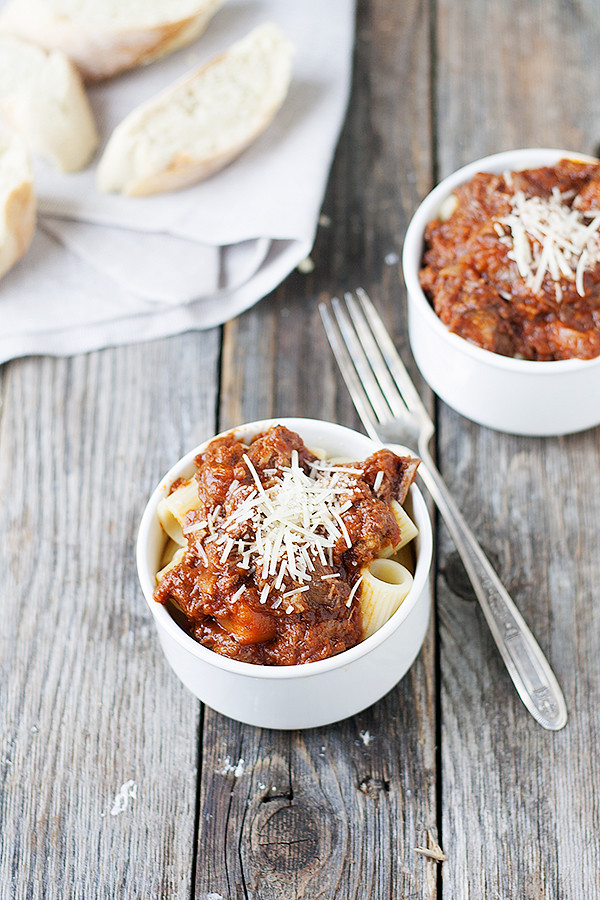 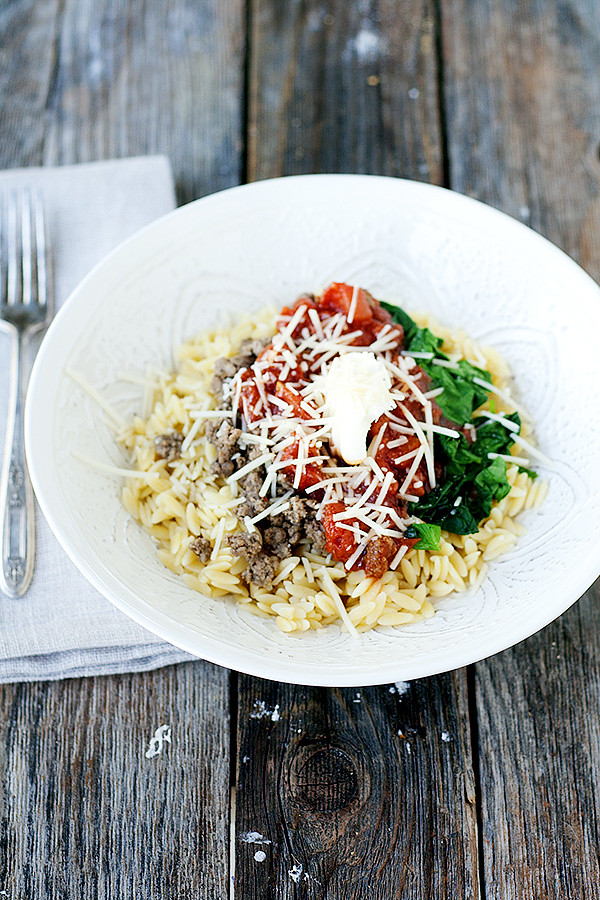 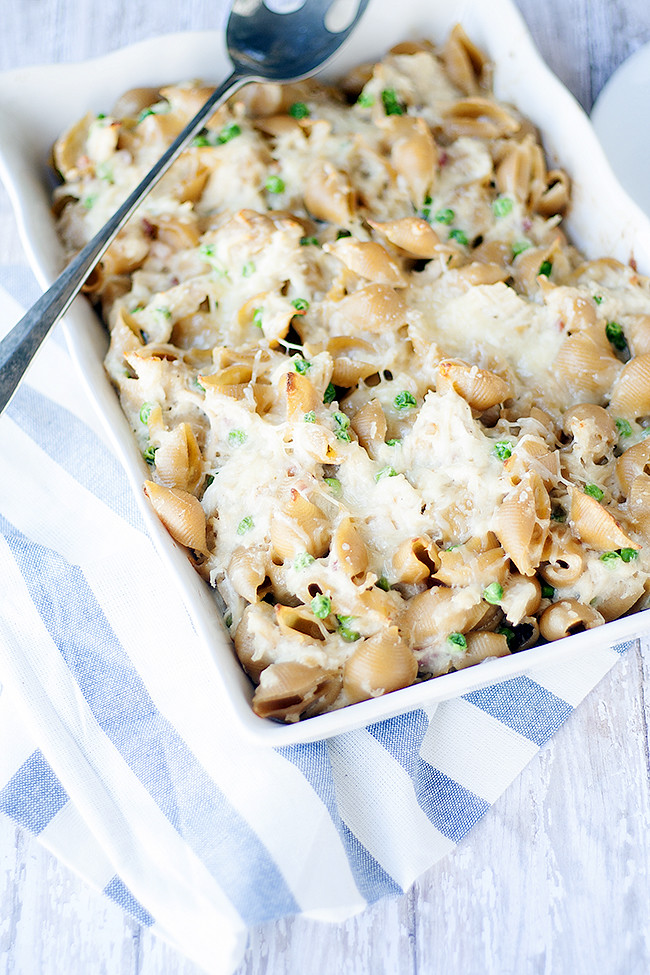