Happy Halloween! How is it possible that tomorrow is November 1st already? Maybe it’s the stress of house hunting, and now getting ready to move, but October passed by in a blur. I love October, and feel like I totally missed this one. So I spent the weekend trying to make the most of the last days of the month.

Stella and I made witch cupcakes, and got the finishing touches for costumes. We carved pumpkins, roasted pumpkin seeds, and watched scary movies. The weekend was cold and rainy, and I was more than happy to stay inside baking and watching movies by the fire. The perfect fall weekend.

The only thing I enjoy baking more than bread are cinnamon rolls. The smell is intoxicating. Even before they hit the oven you know good things are coming.

Cinnamon rolls also happen to be delicious to eat. Even though I usually prefer salty snacks to sweet, cinnamon rolls and doughnuts are two of my guilty pleasures, and I got this crazy idea to put the two of them together (that recipe is coming soon, and trust me you won’t want to miss it)  To do that I needed miniature sized cinnamon rolls. These mini cinnamon rolls use the same recipe as this giant cinnamon roll skillet. I’ve made many cinnamon rolls, and this recipe has been my favorite for years.

After the first rise, I divided the dough into two balls, and rolled each into a rectangle about 6 x 12.  Each rectangle then gets sprinkled with the cinnamon and brown sugar filling, and rolled up tightly. I cut each roll into 12 mini buns and baked them in my mini muffin tin. The mini cinnamon rolls then get a generous helping of frosting.

Just like lays, you simply cannot eat just one. That is unless your mom makes you stop at one because she has plans for the others. 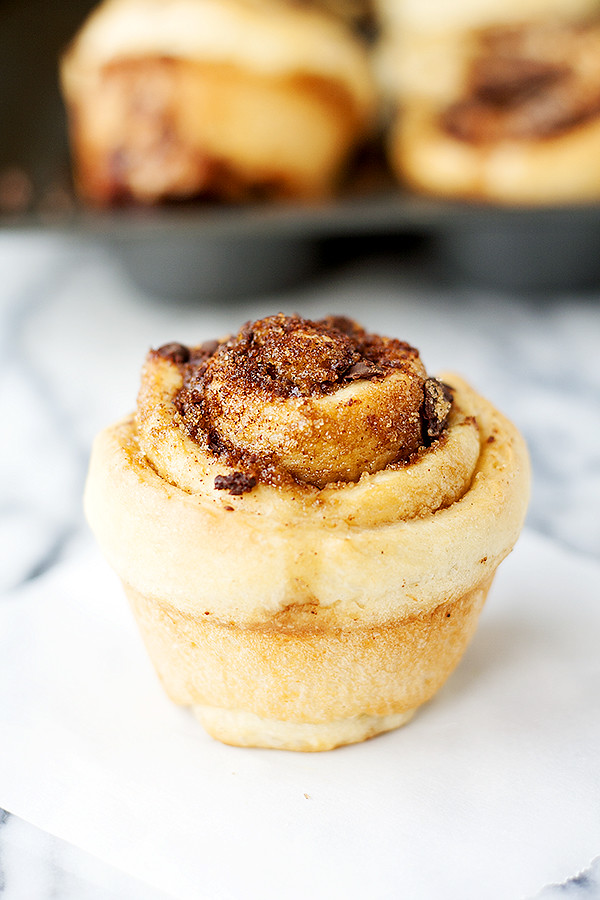 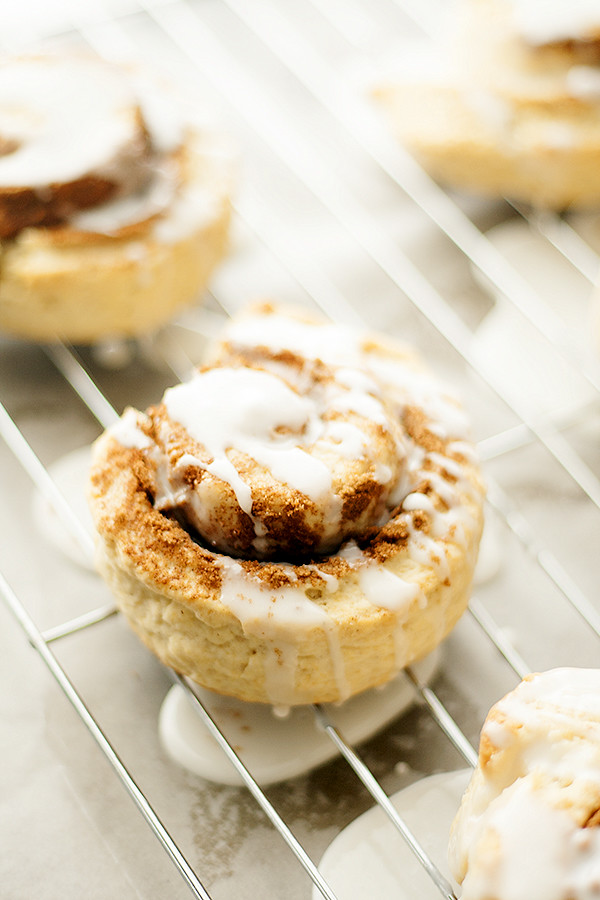