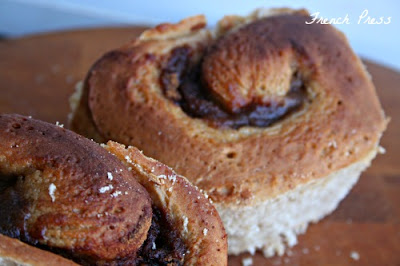 If you remember, on Sunday I spent my afternoon watching over some homemade apple butter.
time well spent if you ask me
Well, I have been dreaming up all sorts of fun things to do with it

Not quite pie, but SO much more than an ordinary cinnamon roll.
Plus…apple butter is fruit after all
Healthy cinnamon rolls?
okay,  that’s a stretch

Use your favorite cinnamon roll recipe
here’s mine

roll
slice
let rise, and
bake according to your recipe’s directions

Pay it Forward Challenge in 2013