may I suggest apple cinnamon bagels 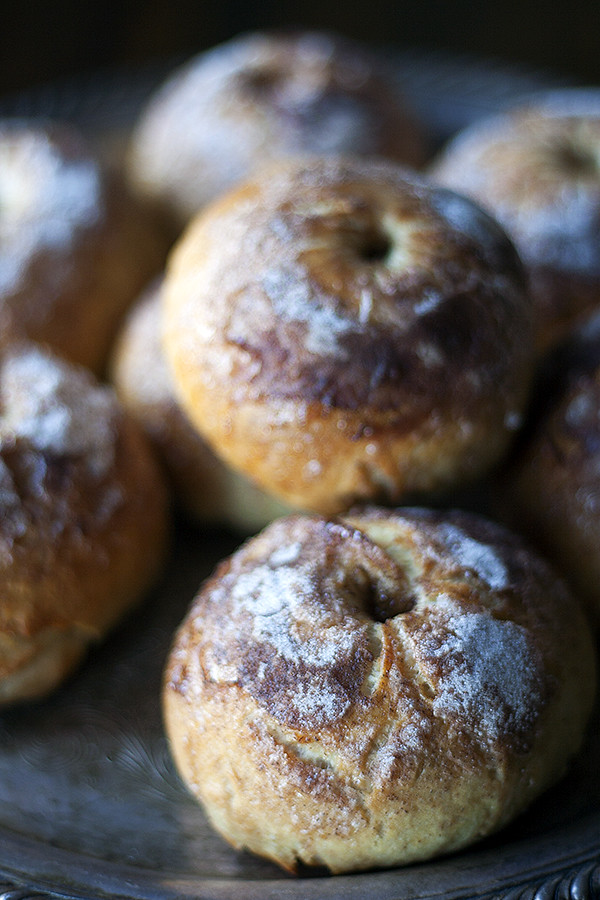 Every time I make a new bagel, I swear it’s my favorite.

First, there were blueberry;  oh how I love a good blueberry bagel. I may have eaten all 8 by myself. Then I made cinnamon roll and maple bacon. Both delicious. Lemon Poppy Seed  …SO good. The pumpkin blew my mind; unfortunately my family agreed with me and  I had to share those, 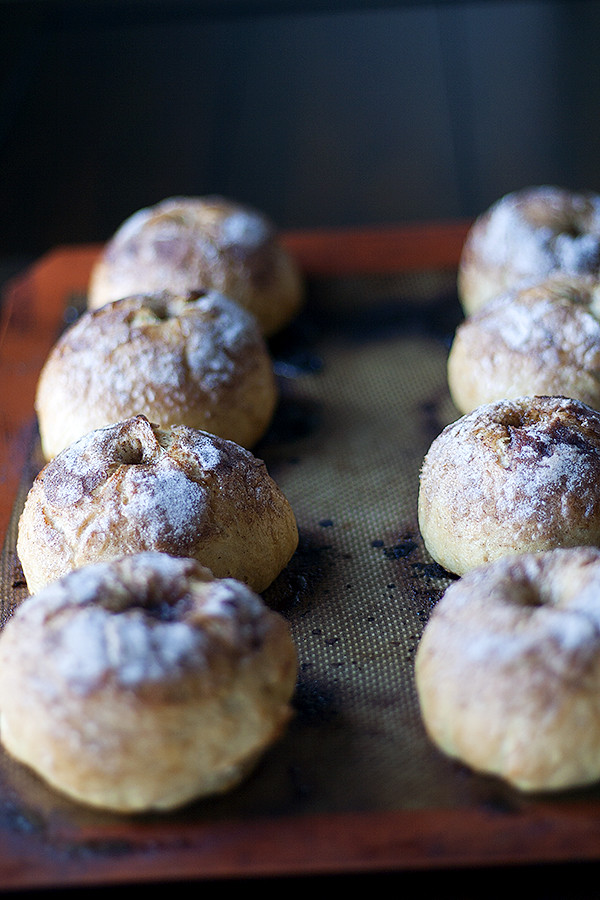 quite possibly my all time favorite bagel, and that is saying a lot; in case you hadn’t noticed I LOVE bagels. I’d eat one a day if I could, but there aren’t enough miles to run to make that happen.

Bagels may seem intimidating, but really they are pretty basic. Flour, yeast, salt, water – or in these bagels apple cider, sugar and  maybe a topping. For the apple cinnamon I went with the classic sugar and cinnamon topping.

Boiling is a must if you ask me. You get a nice crunch to the crust and a great texture inside.  The classic NY style bagel. 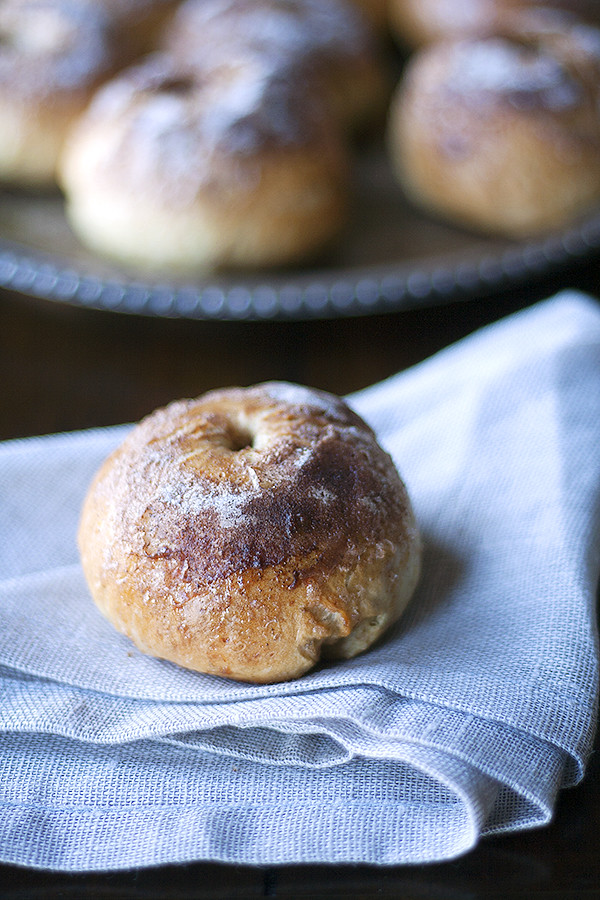 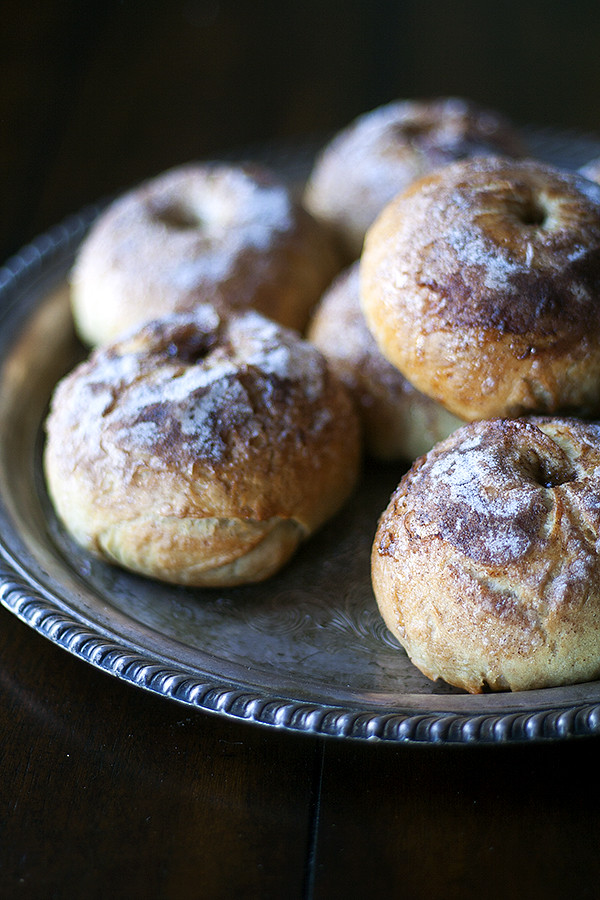