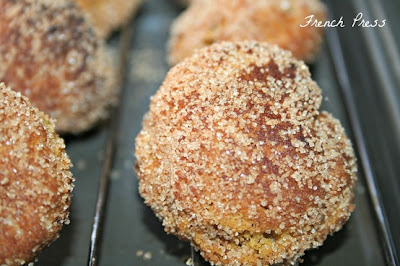 Heat or no heat, we are ready for fall.

Halloween costumes have been chosen, and plans are in the works.

Unfortunately, my pumpkins are not growing as well as I’d hoped.
Our new house has garden beds, and something is a bit off.
We did not have much success this year.

So, we will be buying pumpkins
for carving, and
for eating

We LOVE these doughnuts (even if they are fried)

For the doughnuts:
heat oil in a LARGE pot (I  used canola oil)
over med- med/high

I love the flavors of fall {apparently so do my dogs}